Weight loss with PCOS: Why is it SO hard?

How many times have you been to the doctor only to be told to lose weight to improve your Polycystic Ovarian Syndrome symptoms? Easier said than done, right! We know that weight gain and difficulty with weight loss with PCOS is part and parcel of the condition and we seem to be fighting a constant battle with the scale. But, why is it so darn hard to lose weight? Just what is it about PCOS that makes weight loss seem virtually impossible?

Let’s have a look at what is happening in our bodies and what some of the research says about weight loss and PCOS.

Insulin Resistance and the Role of Insulin in PCOS

Insulin is an important hormone that is responsible for metabolizing glucose or dealing with sugar in our blood stream. It transports sugar to the muscles and if the body has more glucose than is needed, insulin is involved in the process of storing it as fat should we need it later (1). 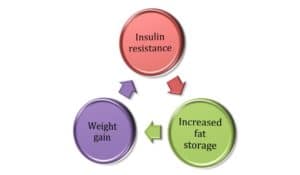 Research shows that women with PCOS have some kind of dysfunction in the cells responsible for secreting insulin (Beta cells). It seems that these cells are responsible for detecting sugar in the blood stream and may over react, producing more insulin than is needed. This means that more glucose is stored as fat (2).

Also, many, but not all, women with PCOS also have insulin resistance (3). This means that your body needs more insulin than normal to deal with sugar in your blood stream. High levels of insulin cause your body to store more fat and also causes your ovaries to make more testosterone, making the symptoms of PCOS worse (4).

Unfortunately, Insulin and Insulin resistance is only one piece of this puzzle and isn’t the only reason that we struggle to lose weight…

Women with PCOS have also been found to have a slower metabolic rate. Basal metabolic rate is the number of calories you need every day to function. This includes keeping your heart, brain and organs going, eating and digesting food, etc (5).

There are a number of hormones involved with hunger and appetite control. Some of these include ghrelin, 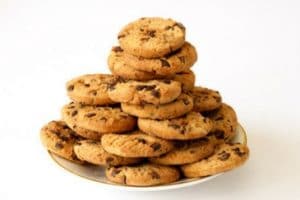 Cholecystokinin and leptin. Recent research has shown that women with PCOS do not feel as full or satiated after meals as women who don’t have PCOS (7).

This means that women with PCOS will continue to feel hungry, even if they have eaten all of the nutrients and calories they require.

So, this is the frustrating story for many of us with PCOS. We gain weight quickly and struggle to lose it as a result of our:

Thankfully, though, this isn’t the end of our story and there are some things we can do to help us lose weight. We’ll get on to this in the next blog post.

This may seem like a hopeless article but I do want to encourage you! Yes, losing weight is important in managing our symptoms, but it isn’t an easy road. If you are struggling with weight loss, heart that it’s probably not through lack of trying and it’s not all in your head. Your fight to lose weight is real and it is shared by thousands of other women who also have PCOS! 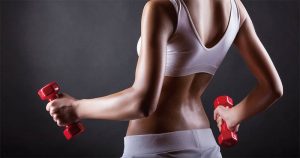 PCOS and Exercise – Your Questions Answered 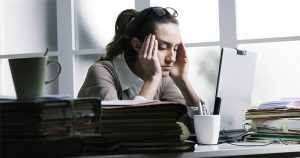 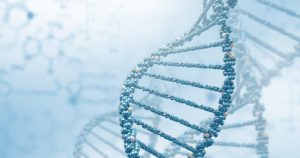 What you need to know about MTHFR and PCOS 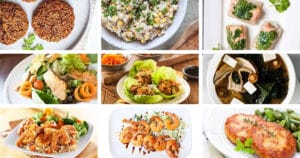 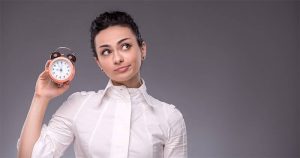 The ONE thing you can do for your PCOS 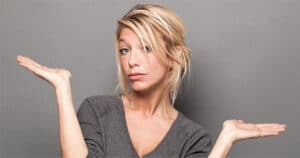 Inositol vs Metformin for PCOS – Which is better?