Many women with Polycystic Ovarian Syndrome struggle with a multitude of symptoms, including anxiety.

This symptom is not often acknowledged, let alone spoken about. And that can leave us feeling isolated and alone.

So, let’s have a look at the connection between PCOS and anxiety.

The Link Between PCOS and Mental Health

Let’s be honest. Living with PCOS isn’t “fun”. Between the hirsutism, acne, infertility and all of the other symptoms, it can leave us feeling down (to put it mildly).

But is there possibly more to it than just feeling down as a result of our symptoms?

Well researchers looked at 70 women with PCOS between the ages of 18 and 45 who did not have any prior mental health diagnosis. After interviewing them and using various scales and measures, they found something interesting.

Breaking that research down a little further, the researchers also found that the PCOS symptoms infertility and alopecia were associated with anxiety while acne was associated with depression and women with hirsutism tended to have a lower quality of life.

This clearly shows a definite link between PCOS and anxiety, as well as other mood disorders (1).

Why women diagnosed with PCOS are Prone to Anxiety

So, let’s have a look at why this may be the case.

We know that women with PCOS have tended to have a very specific hormonal profile, with higher levels of insulin and androgens. It is these two hormones that lead to more of the well-known symptoms of PCOS – weight gain, hirsutism (hair growth) acne and infertility.

But research has also shown that insulin resistance and high levels of androgens are also strongly linked with anxiety and depression, irrespective of BMI and age (2).

The BMI point is an important one because even you have lean PCOS with insulin resistance, you will be more prone to anxiety and depression.

The Psychological Impact of PCOS

Yes, PCOS does cause us to have this major hormonal imbalance that makes us more prone to anxiety and depression. But there is something else that we need to consider.

It is this: “Living with PCOS sucks”.

If you have PCOS, you know exactly what I’m talking about. Having hair growth where you don’t want it and shouldn’t have it, struggling to get pregnant when it seems like everyone around you is getting pregnant, piling on the pounds when you’ve been eating rabbit food for months – it all pretty much sucks.

And that has a huge impact on our psychological well-being. It makes us more prone to anxiety and depression (3).

We’re also not as likely to be open about our PCOS and symptoms and that makes getting the support that we need even more difficult.

So, there are a number of reasons that we’re more prone to anxiety than the general population.

Let’s have a look at some of the symptoms of anxiety.

The Symptoms of Anxiety

So, how do you know if what you are feeling is actually anxiety? Let’s have a look at some of the most common symptoms.

Anxiety will cause as to have physical AND mental symptoms (4).

The Physical Symptoms of Anxiety 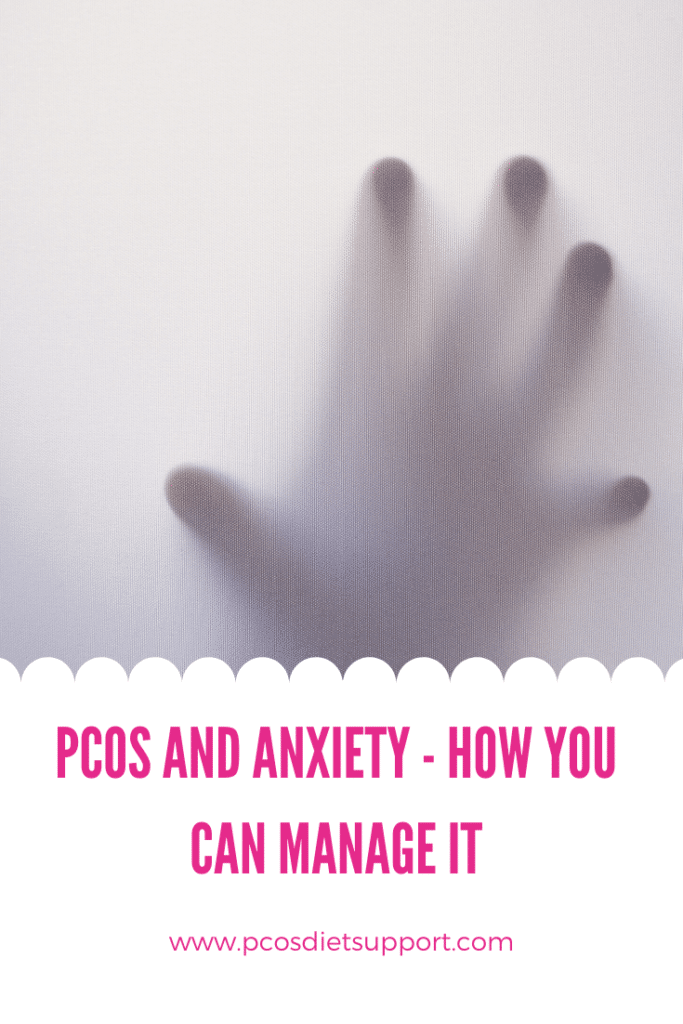 The Mental Symptoms of Anxiety

Okay, so the next question is, “What can I do to manage my anxiety with PCOS?”

What you can do about Anxiety with PCOS

There are a couple of options.

I know that this is something that I go on about a lot but there is a reason for this – it works.

One of the ways that we can change our hormone profile and manage our insulin and testosterone levels is to change that way that we eat. Not only will our hormones be more healthy and reduce the risk of anxiety and depression, we will also start to improve the actual symptoms of PCOS that may be causing the psychological distress.

So, a PCOS Diet is important.

If you’re wondering what on earth you should be eating to improve your PCOS, head on over to “The Best PCOS Diet” for more info.

When talking about supplements for PCOS, there are always 3 that come to mind – Inositol, Vitamin D and Omega 3.

They have wonderful effects for PCOS and there is a lot of good research to support their use in PCOS.

Helpfully, the research has shown that supplementing with Vitamin D and Omega 3 can improve the symptoms of depression and anxiety in women with PCOS as well (5).

So, if you’re not taking any supplements yet, I really do recommend that you start!

If you are really struggling with anxiety (and depression for that matter), and it has a significant impact on your ability to function or it’s affecting your quality of life, your health professional may be able to prescribe antidepressants or an anxiolytic to help manage these symptoms.

It is wonderful to research coming out on the benefits of some of the more alternative therapies. Acupuncture has been shown to be helpful on women with PCOS (you can read more about that here and here).

But is is also helpful in managing anxiety in women with PCOS (6).

And yoga has also been shown to improve anxiety in women with PCOS. Some researchers looked at 90 adolescent girls with PCOS and divided them into two groups – 1 groups was an exercise group while the other group was the yoga group.

After participating in either yoga or exercise over a period of 12 weeks, the yoga group showed significantly improved levels of anxiety, compared to the yoga group (7).

The other great news is that there are some things that you can do about it. So don’t lose heart!

If you have any experience of dealing with anxiety and PCOS and have anything to add to the article or you would like to share your experiences, I would love to hear from you!

Tips for Managing PCOS and IBS

How to Deal with Greasy Hair with PCOS

PCOS Cramps and Period Pain – 8 Ways to Deal with It

PCOS and Cravings – 4 Reasons to Combat your Cravings 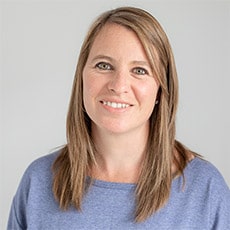 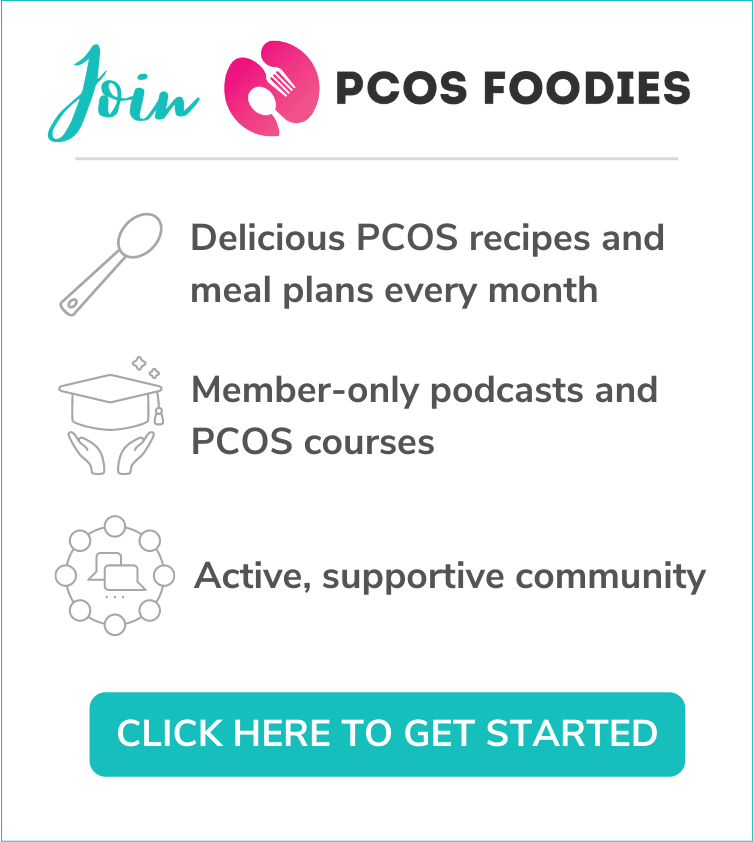